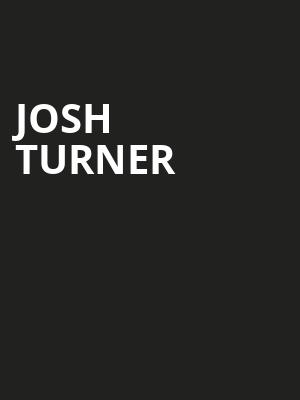 Turner's voice is one of those simple pleasures he sings about, "right there with butter beans and cherry pie"

Josh Turner heads out on tour

Hold onto your Stetsons, charming country crooner Josh Turner is heading out on a US tour! The singer and actor's rise to stardom started with breakout single 'Long Black Train' in 2003 and culminated in Billboards' biggest hit of 2012, 'Time Is Love'. His 2018 album 'I Serve A Saviour' landed at No. 2 on the US Country Charts with the title single being the eighth top ten appearance on Billboard's Top Country Albums Chart for the multi-platinum-selling singer.

For a clean-cut, all American songwriter, Josh sure does have a voice that belies his image. With a smooth, rich baritone and a kilowatt smile, he commands every stage he steps onto, lighting it up with an energy and exuberance that can whip up any crowd. Whether he's encouraging mass sing-alongs or toning things down with a sweet-as-honey ballad, Turner's doing exactly what he was born to do.

You may be required to wear a mask during this performance. Please contact the venue directly for more information.

Sound good to you? Share this page on social media and let your friends know about Josh Turner at Brown County Music Center.