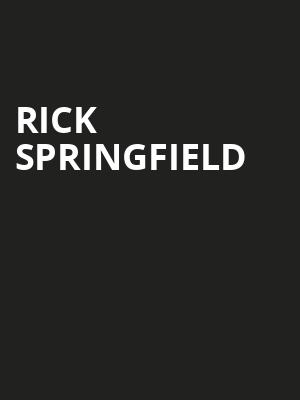 He's Still Got It!

Singer, actor and power pop heartthrob Rick Springfield solidified his teen idol status in the early 80's with the ubiquitous smash hit 'Jessie's Girl', for which he won a Grammy for Best Male Performer. His successful career has spawned four US top 10 hits, an acting stint on General Hospital and a multitude of appearances on popular TV and Broadway shows.

Relive the highs of Rick's reign as he hits the road on a tour of the US. In between songs, Rick regales the audience with personal stories and self-deprecating humour, bringing insight and an emotional depth to his performance and engaging with his legions of fans in intimate and sizeable venues alike.

He was amazing. Loved his guitar ability and the rock n roll. Saw him... more

Sound good to you? Share this page on social media and let your friends know about Rick Springfield at Brown County Music Center.